The Seeds of Syphilis 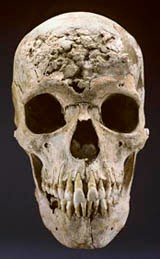 Syphilis. Few words strike such fear in the hearts (and other parts) of humans. Cancer, perhaps. Leprosy, for sure. But few diseases have such an intriguing history.
My introduction to syphilis began years ago. When I was a firefighter-paramedic, infectious disease (in various forms) was rampant among the transient and drug-addicted clientele of Orlando’s west side. My tenure as a medic at a level one trauma center also gave me intimate insight into the syphilitic scourge. Ironically, retirement from the fire department brought little reprieve, for as a bioarchaeologist, I’ve come to know syphilis from a whole new perspective. Let me explain. 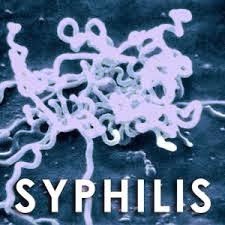 Syphilis is caused by Treponema pallidum, a little corkscrew bacterium that packs a mean punch. The common mode of transmission is via the mucous membranes of an infected person. The infection produces sores, which can also serve as portals for transmission. And don’t think the sores are the worst part, for they serve as the jumping off point of an infection trifecta.
Stage one (primary) syphilis commences with the appearance of these sores, which usually crop up at the point of infection. Keep in mind these sores can be hidden within the vagina or tucked discreetly in the anus, so just because the coast is clear, it doesn’t mean your partner is syphilis-free (CONDOMS, CONDOMS, CONDOMS!!). The bacterium is happy to hide out in the bloodstream and then appear unannounced. 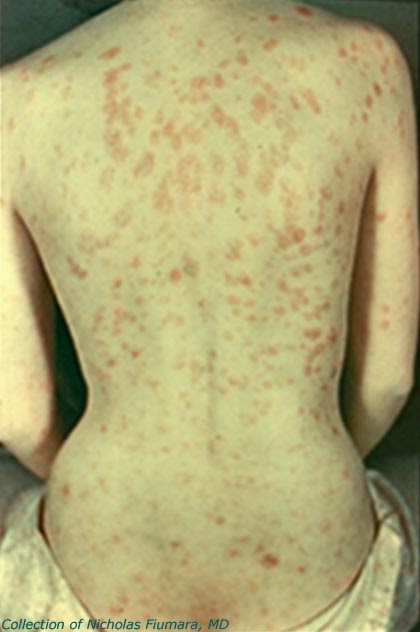 Stage two, or secondary, syphilis is marked by skin rashes accompanied by “mucous membrane lesions” (think mouth, vagina, and anus). The rash can adorn various body parts, from the palms of your hands to the soles of your feet, and ranges from severe to barely noticeable. Flu-like symptoms sometimes accompany the rash. Surprisingly, stages one and two will eventually clear up, even without treatment. But without treatment, the disease can progress. Stage three can be just around the corner or lie dormant for years.

Stage three (also called tertiary) syphilis marks the point where the disease affects internal organs. Muscles may grow weak and shaky, blindness can set in, and the mind starts to go. As it progresses, organs are eroded. The heart, brain, nerves, and liver fail, but it’s the changes in the skeleton that excite bioarchaeologists, for these bony changes allow us to trace the disease back through time. 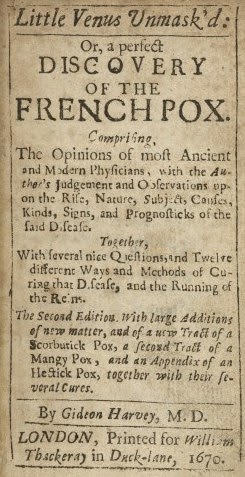 Syphilis, like any STD, initiates the blame game: no one wants to take credit for the origin of this nasty infection. This explains the plethora of names folks have conjured.
The most common was the “French Disease.” Of course, the French weren’t too fond of this term, so they referred to it as the “Neapolitan Disease,” which I’m sure infuriated the Italians. The Russians referred to it as the “Polish Disease,” and so it went, on and on…
Prior to the advent of modern medicine, differential diagnoses (distinguishing one disease from another) were haphazard, at best. Historic descriptions of syphilitics predating the 1500s could be syphilis, could be leprosy. Who knows?? The diseases produce similar symptoms, and victims were traditionally banished from all good society, so it’s difficult to tease apart their histories. To make matters worse, the Treponemal bacterium also causes other types of infections (bejel and yaws), which are spread by means other than sex. Talk about a contagion conundrum.
According to historic documents, syphilis spread rampantly throughout Europe during the 1500s – following closely on the heels of Christopher Columbus’ voyages to the New World. So perhaps it wasn’t the French, the Italians, or the Polish. Perhaps it didn’t originate in Europe at all!
There was only one way to know for sure: Bioarchaeology to the rescue!! 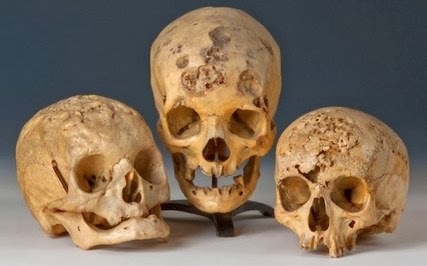 Syphilis leaves telltale lesions on the skeleton. It starts with small erosive wounds on the skull (“caries sicca,” in bioarc lingo), which can then spread to the nasal area. The disease eats away at the bones of the face, destroying the nose and upper palate. It also affects the lower leg bones, or tibia, causing the deposition of extra bone that gives the tibia a curved, sword-like appearance, known as “saber shin.” It’s the combination of these lesions that indicates tertiary syphilis, enabling bioarchaeologists to differentiate it from other diseases (such as leprosy, that other infamous bone destroyer). 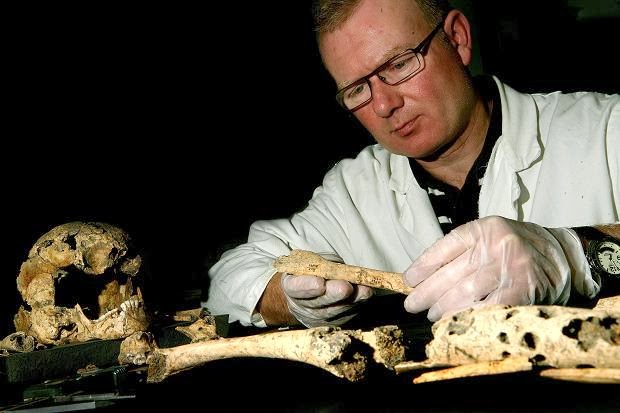 By identifying syphilis on skeletons in archaeological contexts and radiocarbon dating these remains, we can trace its origin and diffusion across time and space. And after decades of debate, the current evidence indicates the disease was present in the Americas predating Columbus’ entry into the New World. So far, no European skeletons predating the 1500s have been proven definitively to exhibit syphilis. However, there are bioarchaeologists still combing ancient remains in Europe to confirm these findings.
According to the most recent molecular analyses (DNA), syphilis mutated from bejel or yaws during its passage from Africa, into Asia, and finally into the Americas and was present in the New World by the time Columbus landed. So Columbus not only brought tomatoes, potatoes, and corn back to Europe; his randy sailors served as the first trans-Atlantic syphilis-smugglers. 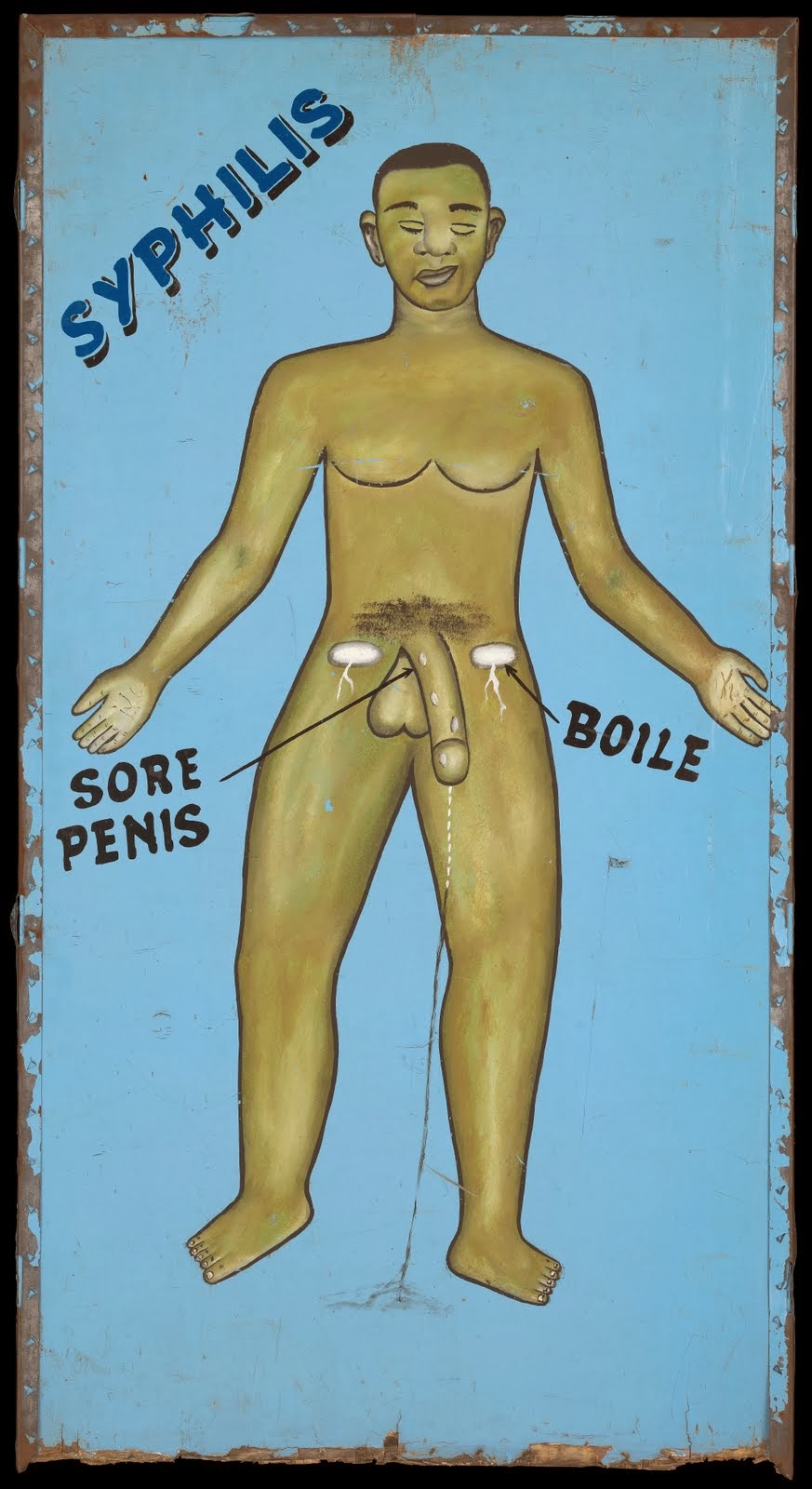 The search for syphilis is a great example of the cooperative efforts of science. By using historic documents, skeletal evidence, and confirmation via molecular analyses, the origins of this hideous disease have been traced and the debate put to rest.
At least for now...
But wait! There’s more! Tune in next week for a syphilitic sequel, as we explore the impact this nasty little bug has had through history and the many curious methods of treatment and containment.
See you next Friday, and by the way... Happy Valentine's Day!
Here's a nice article on the history and debate of syphilis. You can download the PDF.