A Tale of Two Condoms 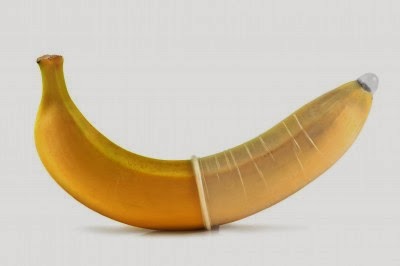 
But I've gotten ahead of my story. Let us go back in time to a simpler era, when men were men and sheep were afraid. 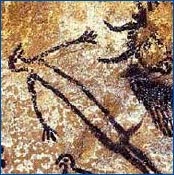 No one really knows exactly when or where the condom was first invented, but it pops up (forgive the pun) throughout history in many parts of the world. A cave painting dating to over seventeen thousand years ago shows a man with a sheathed penis, but you boys have been adorning your members for millennia. I’m curious whether it’s truly a prophylactic or simply a kitschy decoration, since penile décor shows up in literature throughout the ancient world. Sheaths were also worn for protection in battle (ouch!), to prevent insect bites (yikes!), or to ward off evil spirits (boo!).They could represent rank or be decorations to promote fertility, since nothing says romance like a bedazzled Johnson.


The earliest description of the condom was by anatomist Gabriello Fallopio (of Fallopian tube fame) in 1564. The actual word “condom” first appears in a 1706 poem, but its origin remains elusive. And just as men have concocted numerous names for their organs, condoms also sport a range of appellations.

Germans refer to them as "Fromms," after the manufacturer who sold over fifty million a year before abandoning his factory to flee the Nazis. Our friends in Germany also use the term “naughty bags,” when the mood strikes them (I can just imagine Hitler requesting one…). Other names include “bullet proof vest” (Hong Kong), “safety tool” (Hungary), and “penis hat” (Nigeria). Ironically, the French and English have assigned each other’s names to their condoms – the English call them “French letters” while the French repay the favor with “English caps.” Perhaps the terms are meant to imply that, should you shun protection, you’ll end up like those “other” guys with a raging case of syphilis. 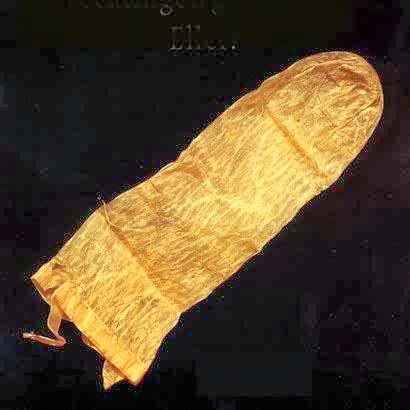 In the pre-latex world, men had to be creative in their choice of materials. Bladders and membranes from sheep and goats were the common choice. Even into the 1700s, condom makers would partner with local butchers, buying up innards that would be cleaned, cured with sulfur, dried, and then molded into shape. The resulting products were nothing like their modern counterparts. They were expensive, many contained holes and, worst of all, they were reusable! That’s enough to drive even a randy pubescent to abstinence…


Salve-coated cloth was also used and these little bonnets were secured to the penis by a piece of string. The more daring shunned the full sheath and simply wore a small “skull cap,” although I can’t imagine how they kept those little guys on without cutting off blood flow. 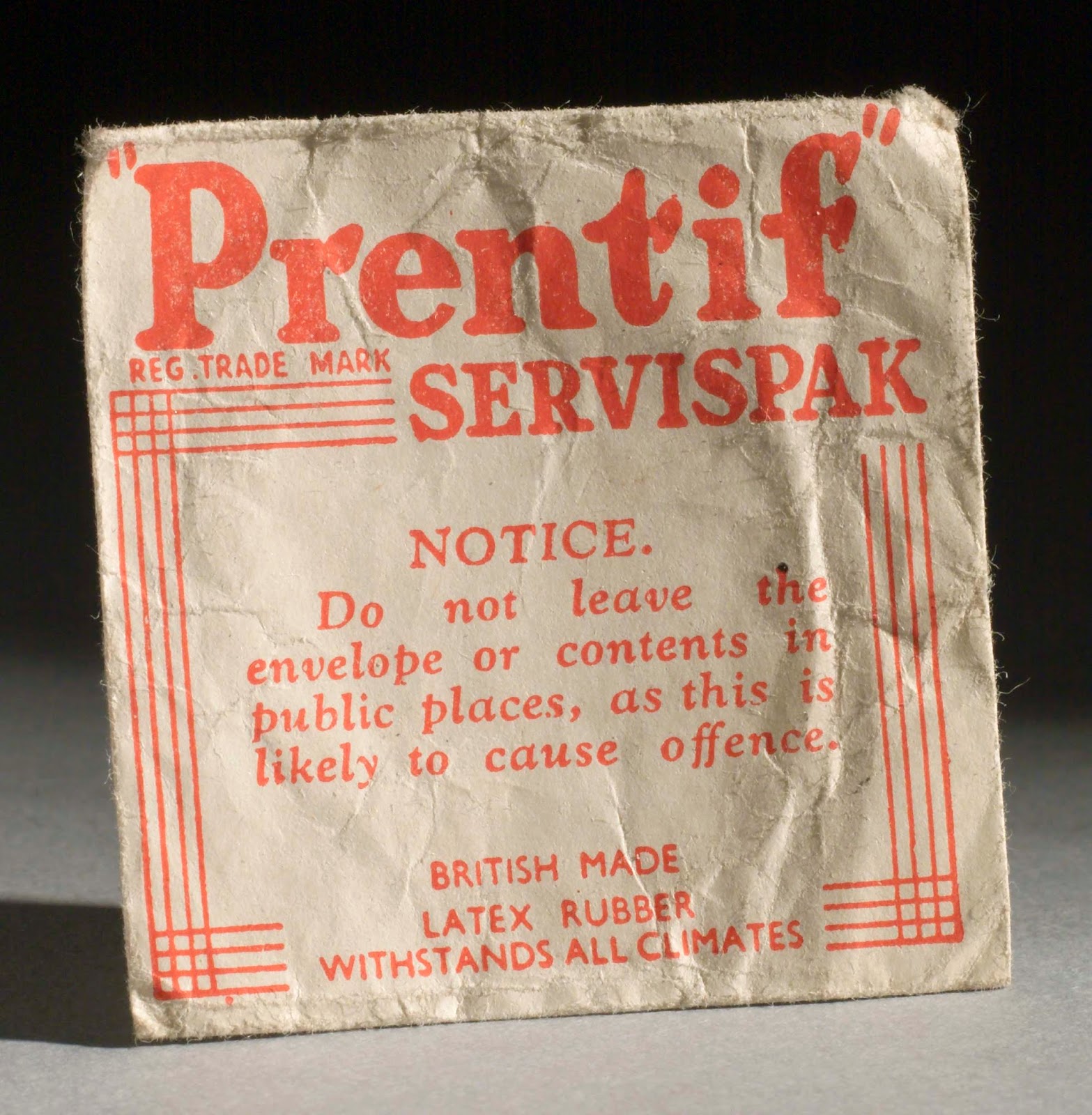 But in 1839, the curious Charles Goodyear stumbled onto the discovery of vulcanized rubber and the era of latex was born. His crafty chemistry used sulfur and lead oxide to alter rubber’s molecular bonds, making it stronger and more elastic than its natural counterpart. Latex would transform condom construction and not only prevent a slew of unwanted pregnancies, but also revolutionize the fight against STDs.


Today, there are basically two types of condoms: latex and lambskin. According to the FDA, always choose latex, since lambskin (aka, natural) condoms may not protect against HIV, hepatitis, or the herpes viruses. According to the CDC, studies have shown that latex condoms "provide an essentially impermeable barrier to particles the  size of STD pathogens" and their use has dramatically reduced incidences of HIV in places like Africa, Southeast Asia, and South America. If the package doesn’t say, “For the prevention of sexually transmitted disease,” keep shopping! 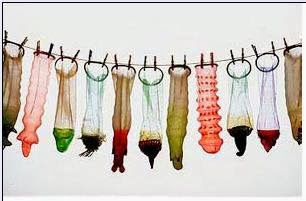 Alas, some folks aren’t interested in disease prevention when choosing their condoms. There are a whole slew of novelty condoms on the market for those seeking a kinky way to amuse their partner. Some of them even light up and play music! With all that stimulation, you may not even need a partner…

So the next time you or your partner glove up, think about the history and invention that went into that little rubber sheath and just be glad the days of goat bladders are behind us. 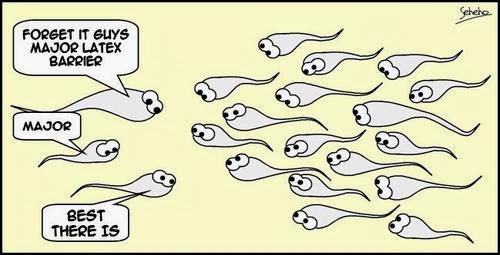 Further reading... Click on the link to download the PDF!
Posted by Dr. Rachel K. Wentz at 7:00 AM