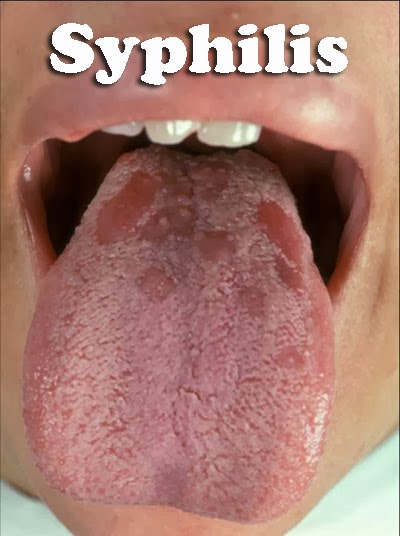 Last week, we discussed the fascinating history of syphilis. If you didn’t catch it (no pun intended), I advise you to give The Seeds of Syphilis a quick read (and then flog yourself for missing it). We’ll pick up where we left off: 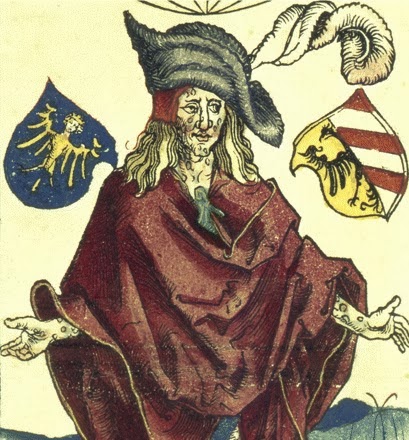 The earliest reports of syphilis date back to 1495. The French army had marched into Italy, laying claim to Naples and, once the fighting ended, the soldiers settled in to celebrate their victory, treating themselves to the bevy of prostitutes who accompanied their expeditions. In no time, the soldiers were debilitated by fever, rash, and muscle pain. Over the next few months, the disease progressed, rendering them unable and unwilling to fight. Many were sent back to France, where they subsequently infected their loved ones.


By 1500, the “great pox” was spreading like wildfire.
It accompanied da Gama’s voyages to Calcutta in 1498 (the perfect side dish to chingri) and within twenty-five years, folks in Africa, Japan, and China found themselves grappling with genital sores. Even the islands of the Pacific fell victim. For centuries, syphilis plagued much of the known world. So let’s take a look at some of the ways society dealt with this dreaded disease. 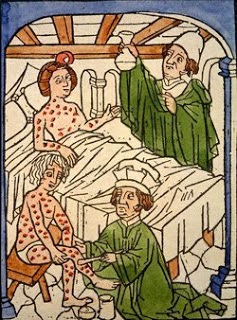 Following closely on the heels of the great pox, Jacques de Bethencourt coined the term “venereal disease” in 1527 to describe these “maladies of Venus,” or as we now refer to them, STDs (sexually transmitted diseases).  The word “syphilis” first appears in a 1530 poem. Girolamo Fracastoro (a true romantic) waxed on about the wretched symptoms of the disease, as well as some of the early attempts at treatment. These included an herb known as “holy wood,” along with a strong dollop of mercury, which would persist as the primary syphilitic remedy well into the 20th century.
Mercury treatments came in several forms. Pills, ointments, and even luxurious mercuric steam baths were used to control the malady. The problem with mercury is it tends to be a bit poisonous. The side effects were sometimes as bad as the syphilis itself. Mercury caused its own fleet of ulcers, which typically cropped up in the mouth and throat; the patient’s teeth tended to fall out; long-term use could lead to nerve damage; and worst case scenario, the patient died of mercury poisoning. Not a great prognosis… It also gave rise to a catchy little saying:


“A night with Venus and a lifetime with mercury”
For a while, physicians toyed with inoculations. This process of “syphilization” was usually conducted on prostitutes, who were repeatedly dosed with “syphilis matter” (which I envision as the pustulating ooze from sores) in hopes of preventing the disease from advancing to its next stage. I wonder what the prostitutes had to say about this… 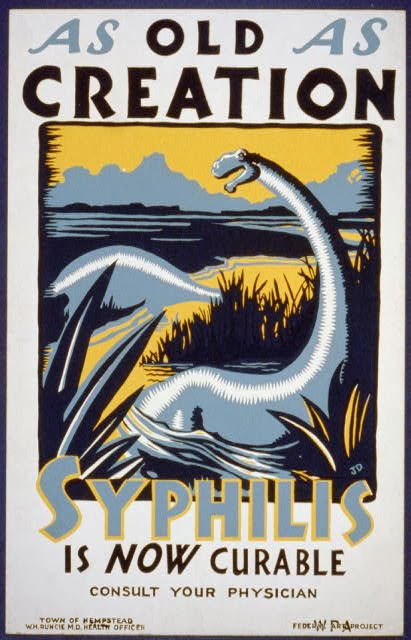 It wasn’t until 1905 that the bacterium responsible for syphilis was identified. The Wasserman blood test (I’m assuming named after some guy named Wasserman) was developed a year later. Once a diagnostic test was available, clinicians no longer had to depend on visible symptoms. This helped reduce transmission, since many carriers unknowingly spread the disease.
As if treatment with mercury wasn’t bad enough, the next remedy added arsenic to the mix. In 1910, the gifted scientist Paul Ehrlich developed Salvarsan - the first drug that actually attacked the bacterium. He tested his potent cocktail on syphilitic rabbits and knew he had struck gold when the bunnies survived. Salvarsan served as the primary treatment for syphilis. That is until our hero, Alexander Fleming, discovered penicillin in 1928. 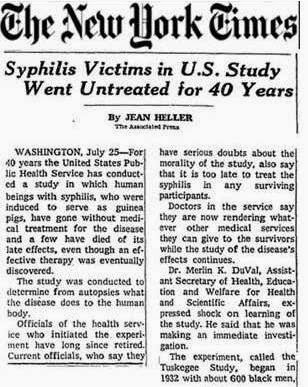 And no syphilitic history would be complete without mentioning that most tragic of human experimentations, the Tuskegee Experiment. Begun in 1932 in Macon County, Alabama, the experiment was aimed at reducing syphilis among blacks. It was led by the Public Health Service in conjunction with the Tuskegee Institute and involved six hundred African-American males – 399 who had syphilis, 201 who did not – who were told they were being treated for “bad blood.” The men were given free medical exams and meals, but those with syphilis were never actually treated, even after penicillin was widely available. The study lasted for forty years. Along with the exams, the men were given complimentary burial insurance which, sadly, many put to good use. The last participant died on January 16th, 2004.
Few diseases have impacted society the way syphilis has, but it has also been part of some of the most groundbreaking moments in medical history. Historic records, skeletal analyses, and molecular detective work have enabled us to track the disease back in time; improvements in diagnostics have streamlined the treatment process; and the use of drugs and education have drastically reduced its incidence around the world.


So let’s hear it for syphilis! This little bug has really taught us a lot. 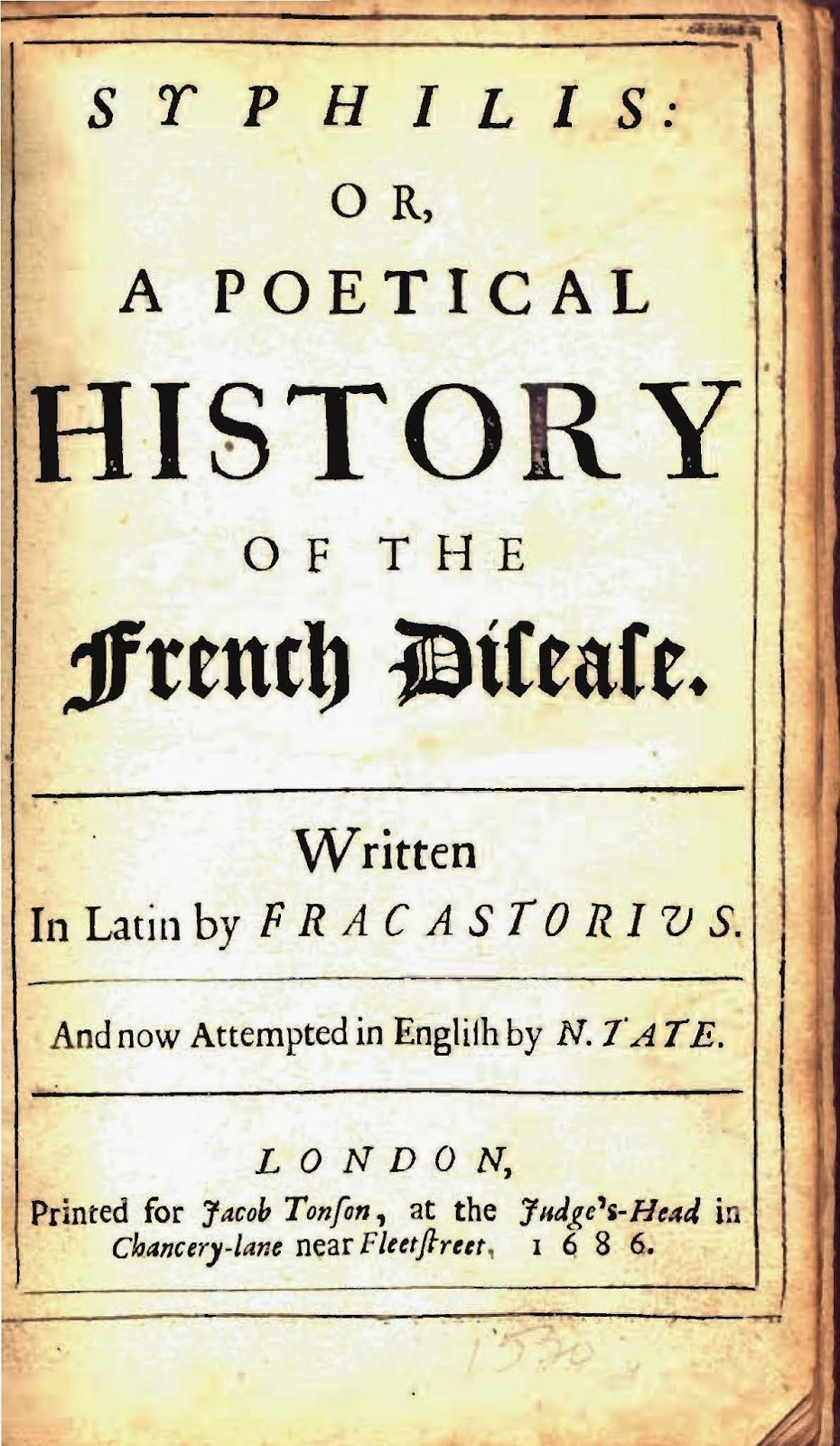 I'll leave you with the beautiful prose of Fracastoro...
“A shepherd once (distrust not ancient fame)
Possest these downs, and Syphilus his name.”
“He first wore Buboes dreadful to the sight.
First felt strange pains, and sleepless passed the night.
From him the malady received its name.
The neighbouring shepherds catch’d the spreading Flame”


Have a safe, syphilis-free week and I'll catch you next Friday.