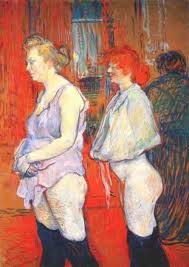 No exploration of the human body would be complete without a brief glimpse at that most ancient of professions, prostitution. How can we possibly explore the body without contemplating the sale of said body? So let’s go back in time and trace the evolution of this infamous trade. 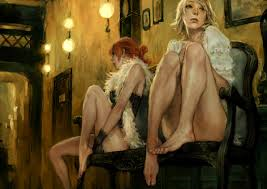 As long as man has wandered the planet, I’m sure some form of prostitution has been in place. It comes down to simple supply and demand. I can just imagine a consensual agreement involving sex in exchange for a juicy mastodon shank or some handy work around the cave, for we all know a way to a man’s heart is not necessarily through his stomach.

Prostitution has many euphemisms; more so for women than for men. Male prostitutes are typically gigolos or hustlers. Females, on the other hand, sport a rash of labels, most of which are hardly flattering. Hooker, streetwalker, whore, and skank are among the most common. In the days of yore, prostitutes were known as strumpets, trollops, harlots, or courtesans. But regardless of gender, history is riddled with accounts proving tricks have been turned for thousands of years.

In the ancient Near East, the Sumerians (conveniently) wove prostitution into their religion. Religious prostitution in Babylon required women to venture forth to the sanctuary of Militta at least once in their lives to have a conjugal confrontation with a foreigner; all in the name of hospitality, of course. 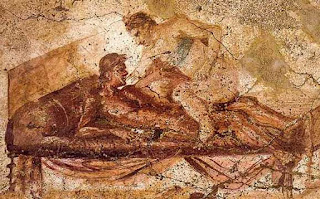 Prostitution among the Greeks was common among women and young boys. In fact, the Greek word for prostitute is porne, which is derived from the word meaning, “to sell,” laying the groundwork for what thousands of years in the future would become a thriving industry.

The first Greek brothel was opened in the 6th century BC, with earnings going toward building a temple dedicated to Qedesh, the patron goddess of commerce. They even had categorical names for the various types of prostitutes, depending on where they worked, be it on the streets, in houses, or near bridges (don’t ask me). As for male prostitutes, they were quite popular among the Greeks, and the profession was usually taken up by adolescent boys, slaves and free alike. 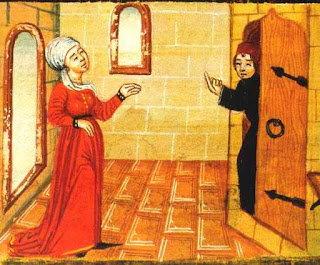 The Romans believed in farming their prostitutes and would round up abandoned children and raise them for future sale. Slaves were also captured in battle or purchased for the sole purpose of prostitution, and sex for sale was even used as a form of legal punishment for women. 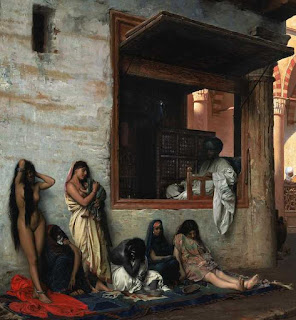 But things changed in the 1490s following the return of Columbus’ voyages to the New World, for hidden aboard his cargo lurked a deadly stowaway: syphilis.

Syphilis became widespread throughout Europe, with prostitutes serving as popular hosts for the bacterium. This only added fuel to the fire of reformationists bent on tearing down this illicit trade. And even though folks were experimenting with various types of condoms, from catgut to sheep bladders, those rudimentary rubbers were no match for the “pox.”

By the 19th century, France, followed by the U.K., passed laws to ensure regular medical examinations for their prostitutes. The Contagious Diseases Act mandated regular pelvic exams for their “pros” – not only on home turf, but in their colonies abroad. 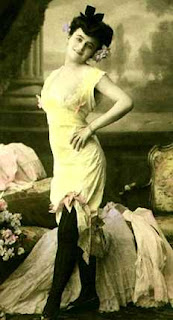 Of course, around this time in America, prostitutes were as common as cattle among the dusty plains of the Wild West (and treated equally as well). Whoring was one of the few professions available to women of the period and, as America spread westward, so did prostitution. Wherever a new town popped up, so did a brothel that would set to servicing the menfolk, lickety-split.

But by the early 1900s, the buzzkill organization known as the Woman’s Christian Temperance Union marched in and quashed not only brothels, but alcohol, to boot. And by 1917, even New Orleans’ famous Storyville district - sixteen blocks of unfettered frolicking named after the councilman who established it – was closed down, despite public outcry from the locals. One had to travel all the way to Alaska to buy a legal poke in those days.

Today, Nevada is the sole host to legalized prostitution in the US. About thirty brothels support around five hundred prostitutes who work as independent contractors, most without the need for a pimp. As for the rest of the world, it’s a patchwork of legal and illegal selling. In a survey of one hundred countries, prostitution was illegal in thirty-nine, somewhat legal in twelve, and legal in forty-nine others. 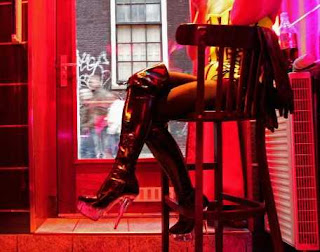 And fierce debates abound about whether or not it should be a legalized profession, with advocates claiming legalization protects its practitioners, and women’s rights groups claiming it is inherently abusive.

Despite its legal status, prostitution is part of human culture and, as history goes to show, wherever there's a demand for sex, there will always be someone peddling it.