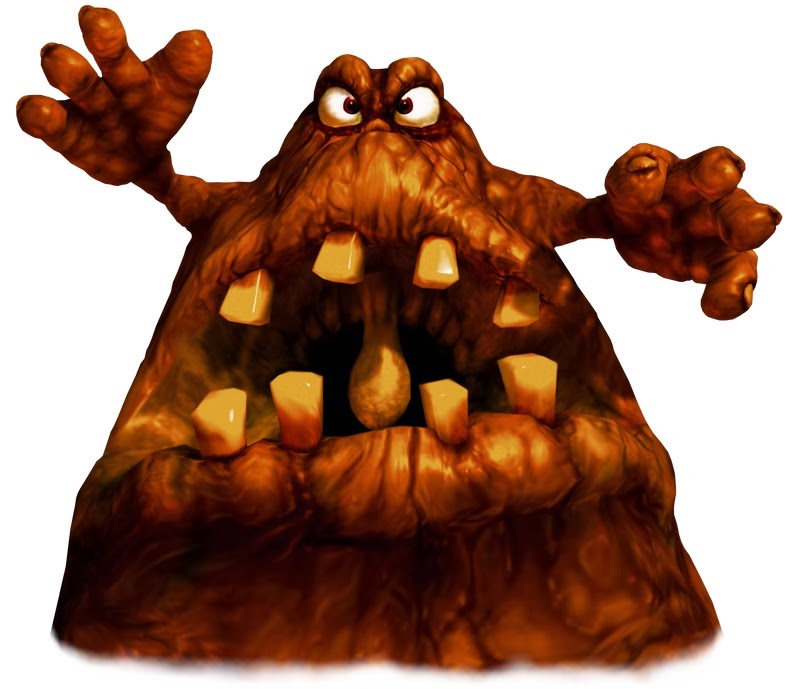 ﻿
Here’s a question: When you flush your toilet, what goes through your mind? Do you ever think about the destination of your deposit? Ever marvel at the human ingenuity that makes your excrement magically disappear?
I do, especially when I stay in a large hotel. I think about all those rooms, with all those toilets, filled with all that poo, all flushing into some mystical repository. It boggles my mind.

Those of us in the developed world take sanitation for granted. We seldom think about the days of yore, when sewage ran in the streets and turds abounded in our waterways. Yes, those were the days…
The sanitation conundrum grew in concert with social complexity. As populations grew, so did issues of waste removal. As people clustered in towns and cities, they could no longer rely on the simple measures of times past (squatting in the woods or digging a latrine). Imagine, for a moment, your neighborhood, minus the sewer system… pretty scary, huh?


Cesspools were the earliest form of repositories. They could be small (underneath a house) or large (serving sections of a town or city) and merely served as dumping grounds (no pun intended) for routed waste. But over time, they would fill up, leak into nearby wells, and emit rather foul odors. The waste needed to be channeled; preferably someplace far, far away. 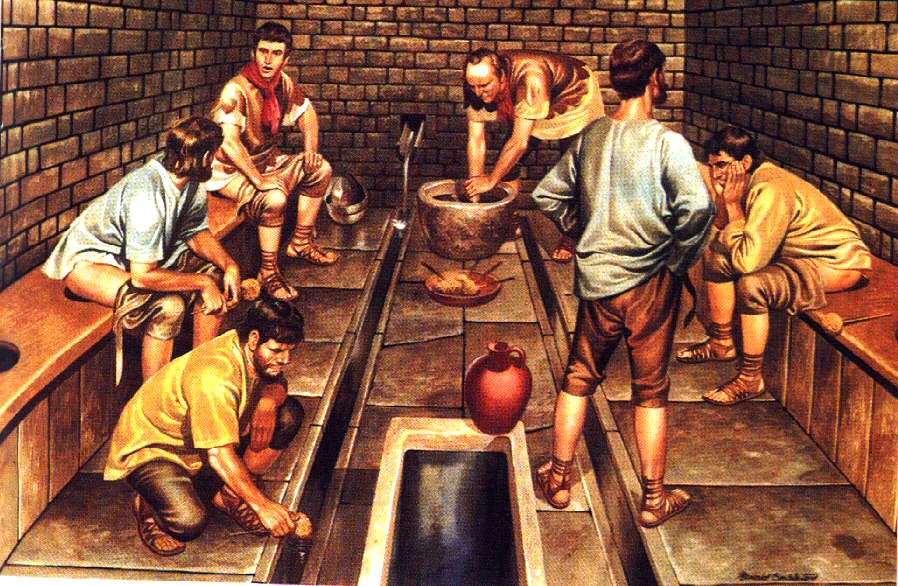 The Romans were pioneers when it came to sewers. As their cities grew, the age-old practice of tossing your waste into the streets became obsolete. So around two thousand years ago, they devised their first sewers. These sewers serviced public baths and latrines where folks would gather to bathe and poo (or preferably, poo and then bathe). Water flowed in channels underneath the latrines, swishing waste away from the city and (unfortunately) into nearby rivers.


Londoners followed suit, although much later in history. By the 1800s, overflowing cesspools became such a problem that it was decreed lawful to empty them into the nearby Thames (despite the fact that it served as the major source of drinking water). But it took an unusually steamy summer in 1858 for Queen Victoria to take action. The “Great Stink,” as it so fondly became known, was just the impetus for the construction of a new sewer system. The Queen even constructed an underground railway from which an excited public could cheer as they dedicated their new sewer.
Cities around the world latched on to the new craze of poo-free streets. Parisians are so proud of their early system that they have a museum honoring its glorious and malodorous history.


Not only was sanitation a matter of simple decency, it was also a major health issue. Some of our scariest diseases depend on the “fecal train” for delivery to their next victim. And the worst scenario is when our mouths serve as depot. The “oral-fecal” route is the common mode of transport for many pathogens. If you think you aren’t susceptible, think how many times you put your hands to your mouth throughout the course of the day. And it doesn’t necessarily have to be your feces. All it takes is that gloveless cook forgetting to wash his hands before constructing your mouth-watering burger for the fecal train to unload its cargo. 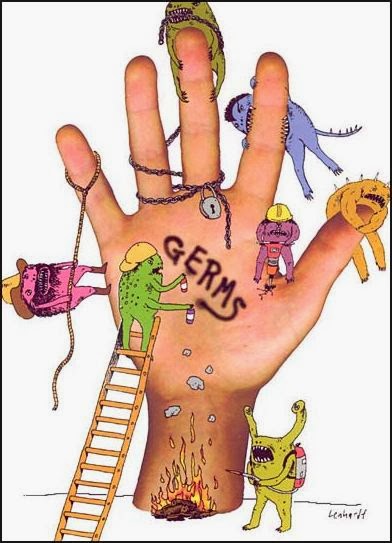 And the list of potential pathogens is long and frightening: hepatitis (the A and E varieties), typhoid, and cholera, not to mention shigellosis, certain viruses (rota- and entero-), and our good friend, E. coli. And don’t think contaminated food or a dirty handshake is the only way these critters make it into our mouths. 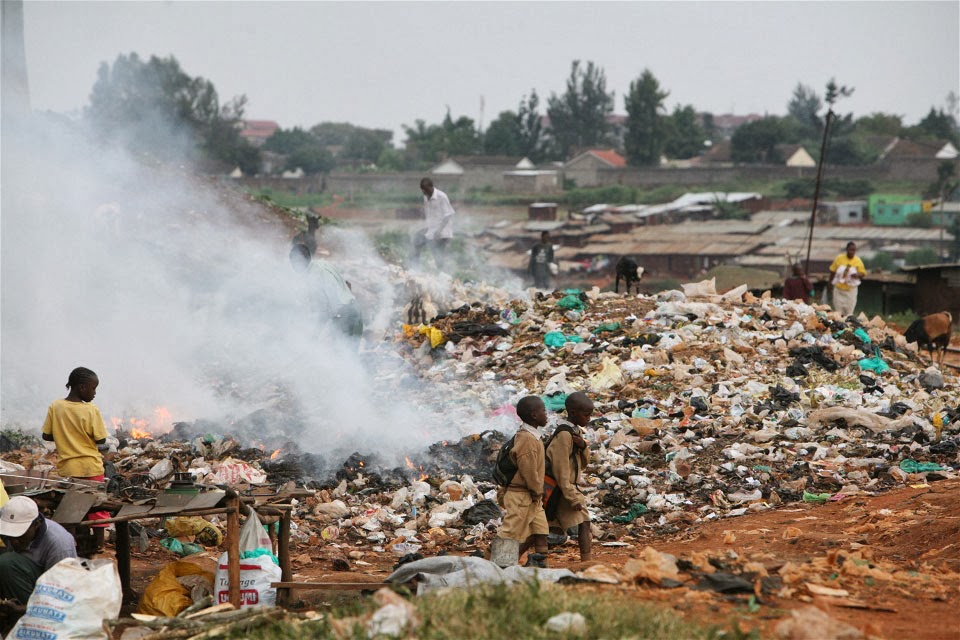 So although you may not give it a second thought, flushing your toilet should be accompanied by Beethoven’s Hallelujah Chorus. It is truly a wonder of human ingenuity that, when functioning properly, keeps us safe from scads of nasty bugs.

According to the World Health Organization, by 2015 there will be about 2.7 billion people without access to basic sanitation.


Those of us with toilets are certainly the lucky ones. 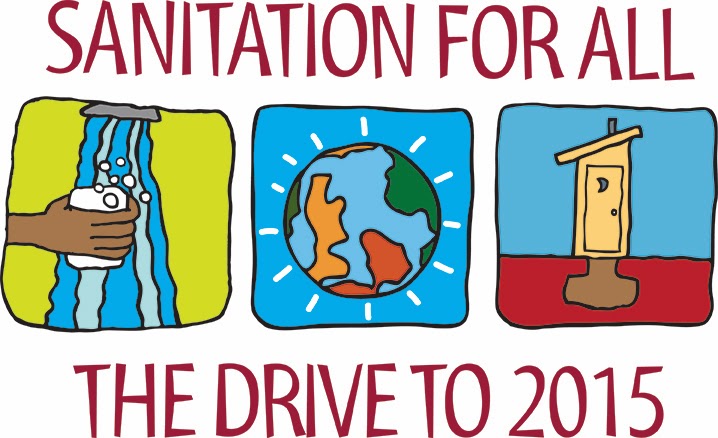 Have a great week and I'll see you next Friday!