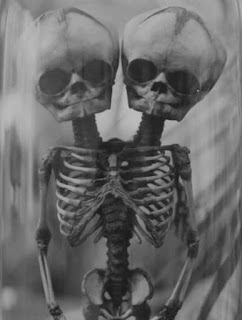 Imagine, for a moment, what it would be like to be attached to another human being. Think about it… every day, every night, every moment spent linked to another person. I’ve always been fascinated by conjoined twins. I remember seeing pictures of them when I was a child, marveling not only at the day-to-day logistics of such a setup, but that nature could actually produce something so spectacular. So let’s take a look at this most unique phenomenon. 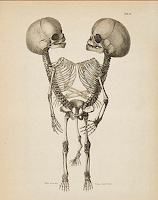 Conjoined twins are rare. They occur about once in every two hundred thousand live births and around half are born dead. Of those who are born alive, about a third survive for just one day. It’s a small minority who live on.

Girls have a better chance of surviving than boys. Doctors are not sure why. Although the chance of twinning is higher among males, females are about three times more likely to survive than boys. Thus, females make up about seventy percent percent of all living conjoined twins.

So how does it happen? How are conjoined twins made? 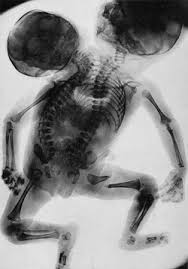 Conjoining occurs when a single fertilized egg fails to divide completely during the first week of conception. The process that would normally produce two identical twins is halted for some reason, and the partially separated egg continues on its developmental pathway. The result? Two bodies, fused as one.

And the fusion can occur anywhere on the body, resulting in an array of amalgamated individuals.

The most common are joined at the chest. "Thoracopagus" twins make up about forty percent of the conjoined and usually share a heart, which can make surgical separation tricky. Another common form is those connected from the waist to the breastbone. "Omphalopagus" twins are similar in design to thoracopagus and account for about a third of all twins. The number of shared organs can vary, depending on the degree of conjoining, but it’s not unusual for them to share livers, digestive tracts, and genitourinary systems. 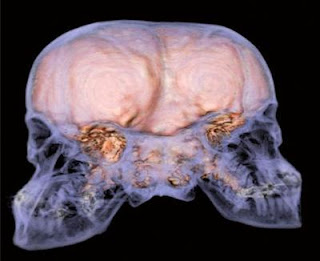 "Parapagus" twins share a body and sport two heads; a condition most intriguing when you think what it must be like to share a single body. And then there are the "craniopagus" twins. These individuals are joined at the head and this range from superficial attachment (bone and tissue) to the sharing of a single brain. They make up a very small percentage of conjoined twins, but arouse the most fascinating contemplation. What would it be like to share a brain?

Take Krista and Tatiana Hogan, two eight-year-old brunettes who are joined at the head. As craniopagus twins, they are unique. Only a fraction of this type survive, yet not only are they remarkable as twins, they are also remarkable for the manner in which their heads are attached. 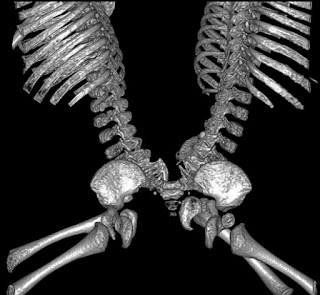 The conjoining of their brains has produced an unusual condition: the girls share a thalamus. The thalamus is a lobed organ within the brain that processes the bulk of the sensory signals received by the brain. It plays a role in controlling the motor systems responsible for voluntary movement and coordination, but it is also an essential aspect of consciousness. And this is where things get truly interesting when we’re dealing with craniopagus twins.

Doctors who have studied Krista and Tatiana believe their unusual neurological arrangement enables them to share sensory input through what the docs have termed a “thalamic bridge.” And what this allows the girls to do is share sensations.

For instance, if one of the girls takes a sip, the other is compelled to swallow. If one is pricked in the finger, the other grimaces in pain. A pacifier in one mouth has a soothing effect for both. The list goes on and on… 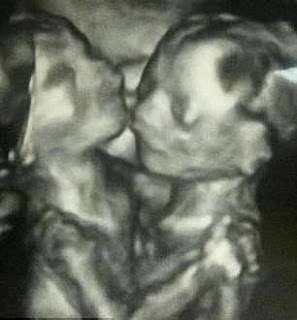 Throughout history, conjoined twins have evoked curiosity, fear, and even scorn. The 16th century French surgeon, Ambroise Paré, believed conjoined twins were the result of God’s anger and the Devil’s influence. But his notions were cloaked in the ignorance of his time.

For me, conjoined twins reflect the remarkable range of human expression, the amazing variability of embryological development, and the beautiful complexities of nature.


Here's a great video on parapagus twins, Abigail and Brittany Hensel, and how they cope with the day-to-day challenges of being conjoined.